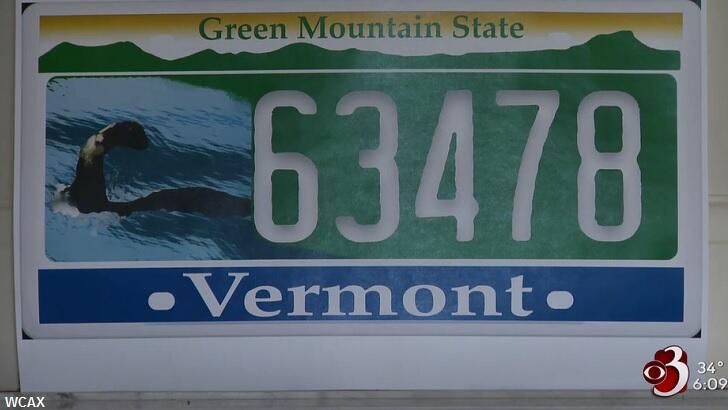 Champ May Get VT License Plate

Drivers in Vermont may soon be able to celebrate the state's legendary lake monster known as Champ thanks to a newly-proposed license plate featuring the famed cryptid. According to a local media report, the special design is the brainchild of state representative Dylan Giambatista, who came up with the idea as a means of, appropriately enough, generating funds for clean water projects. "We gotta go to what people know, " he mused, "so let's start with a beloved figure like Champ."

Somewhat surprisingly, should the resolution pass, it would actually be a historic occasion for the cryptid said to lurk in Lake Champlain as it has never been connected to any previous legislation in the state, despite being something of a Vermont icon for decades. The license plate proposal is expected to be voted on sometime in the new year when the next legislative session in the state gets underway.

On that note, January could turn out to be a big month for cryptids across the country. That's because it's expected that legislators in Washington state will have another chance to pass their own license plate resolution for a special design featuring Sasquatch after the proposal got caught up in committee and never made it to the floor for a vote last year.

While the same fate could theoretically befall the Champ resolution, one hopes that the dueling designs will inspire a veritable race between lawmakers in Washington and Vermont to be the first state to approve a cryptid-themed license plate.