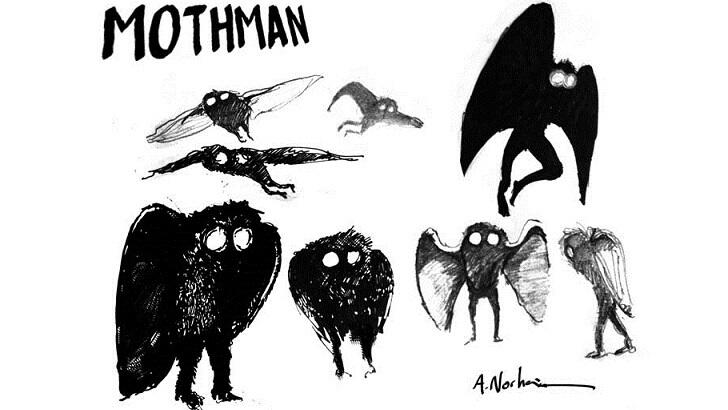 A mysterious winged-creature, which some have compared to Mothman, seemingly continues to lurk in the Chicago area as several more sightings have been reported in recent weeks.

The strange saga began last month when three separate people claimed to have seen the creature over the course of the same evening.

Since that time, more witnesses have come forward with their own stories of encountering the flying enigma.

Dutifully chronicled by Fortean researcher Lon Strickler, the most recent sighting occurred last weekend when a woman and her friends first heard an unsettling, high-pitched screech.

When they looked up, the group spotted an enormous bat-like creature circling an adjacent marina and were stunned when it was joined by a second flying oddity of a similar size and shape.

Although the witness conceded that the creature could be a massive bat, she indicated some reluctance to believe that theory as she likened the enigmatic animal to a gargoyle or a human in a wing suit, which connects to the humanoid characteristics that other witnesses have ascribed to it.

Another sighting of the creature happened two weeks earlier and featured a law enforcement officer observing the anomaly while out walking with his young son.

According to the witness, the anomaly "had a distinct human figure about 6 feet in height" and sported enormous wings that appeared to be 8 to 10 feet across.

The stunned father and son watched the 'entity' fly over a nearby tennis court before disappeared behind a fieldhouse.

A similar sighting by another father and son duo took place a few days prior to that incident and essentially described the same creature that others have been seeing, although this encounter also featured an unsettling sound akin to the brakes of a train.

All told, the number of sightings of the creature in the Chicago area have now reached an astounding seven over the last month or so.

Residents of the Windy City or curious readers looking for more information on the cases can check out Strickler's Phantoms and Monsters website as well as his excellent interactive map of sightings.