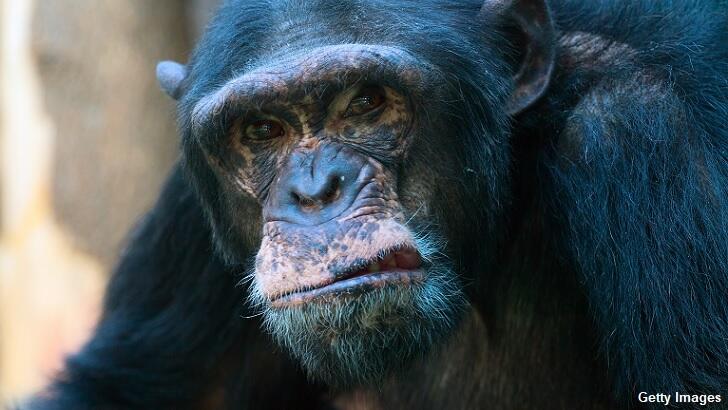 For the first time ever, a community of chimpanzees were observed lethally attacking a troop of gorillas in the wild. The remarkable moment reportedly occurred at Loango National Park in Gabon, where a team of researchers have been conducting a long-term observational study of the site's resident chimps. Living alongside those primates at the park are a number of wild gorillas that, up until now, had peacefully co-existed with the creatures. However, this assumption based on years of observation was upended when the team managed to stumble upon a moment unlike anything they, or any other scientists, had ever seen.

"At first, we only noticed screams of chimpanzees and thought we were observing a typical encounter between individuals of neighboring chimpanzee communities," explained Lara M. Southern, who authored a newly published scientific paper documenting the event. "But then," she recalled, "we heard chest beats, a display characteristic for gorillas, and realized that the chimpanzees had encountered a group of five gorillas." When the researchers investigated the curious cacophony of sounds, they were surprised to see an epic battle unfolding between the two previously friendly primate species. Suggesting that this was not an isolated event, it wound up being the first of two such brawls among the beasts that researchers documented over the course of a year.

According to their observations, the simian showdowns lasted approximately an hour each and "saw the chimpanzees form coalitions and launch attacks on the gorillas." While the adult gorillas were able to hold their own against the unusually aggressive chimps and ultimately escaped the fracas, a pair of their infants were lost in the attack. The question researchers are now understandably asking is why this heretofore unseen behavior came about with one theory being that food scarcity brought about by climate change has resulted in the hangry chimps targeting their neighbors in the hopes of finding some sustenance.