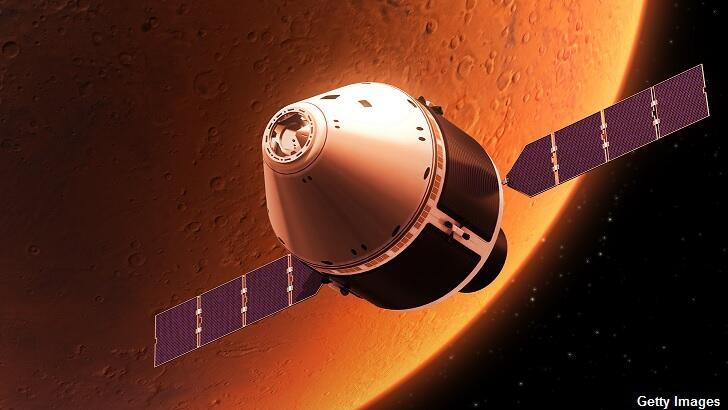 New details have emerged about a planned mission to Mars by the Chinese space program and the ambitious nature of the project is staggering.

The scientist leading the endeavor, Zhang Rongqiao, recently spoke at a conference in China and told attendees that it "is going smoothly and all according to plan."

Set to launch in 2020, the astounding spacecraft being developed by the Chinese space agency would constitute a truly historic achievement should its mission be a success.

According to Rongqiao, the project would constitute a remarkably multi-faceted approach to studying Mars as the spacecraft would consist of a probe sent to the Red Planet that would then deploy a lander to touch down on the surface of the distant world.

From there, the lander would unleash a rover which would allow for extensive ground exploration on Mars, marking the first time that any nation had combined a ground and atmospheric study of a planet in the same mission.

Rongqiao also said that both the rover as well as the probe above the planet will be equipped with a bevy of instruments designed to gather data on the Red Planet for future missions.

While the project certainly sounds fantastic, it would appear to be just the starting point for China when it comes to Mars as Rongqiao observed that the planet could become a "future robotic or human settlement."

The scientist's aspirations seem to be more than wishful thinking as China recently constructed a multi-million dollar Mars simulation center to perform studies here on Earth as well as research area to look deeper into how humans would fare living in space.

Observing recent discoveries concerning water on the planet, Rongqiao asked a rather tantalizing and somewhat chilling question, "is Mars the past or the future of Earth?"

Considering China's lofty goals when it comes to the mysterious world, one suspects that we just may get an answer to that question someday relatively soon.