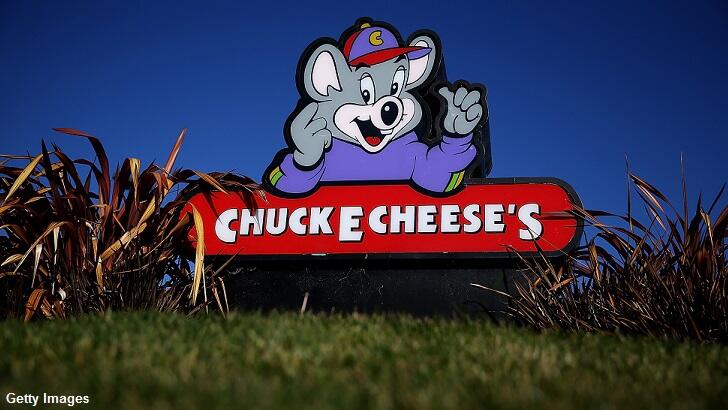 The popular children's restaurant chain Chuck E. Cheese's has issued a strenuous denial to a viral conspiracy theory which suggests that they recycle uneaten pizzas. The bizarre imbroglio reportedly began on Monday when YouTube star Shane Dawson posted a video in which he proposed the unsettling scenario. He explained that he first conceived of the idea as a youngster while visiting the restaurant and it has puzzled him ever since.

Dawson postulated that "if somebody at Chuck E. Cheese doesn't finish their whole pizza, and there's a few pieces left, the employee will take that to the back, take those pieces off the tray, and form a new pizza with all the other leftovers." That theoretical makeshift pizza, he mused, is then served to future unsuspecting customers. Conceding that the idea is "crazy," Dawson proceeded to show some photos of pizzas from the restaurant chain (which you can see below) and they do, indeed, appear to have been cobbled together rather haphazardly.

Perhaps suspecting that his fantastic idea could wind up getting him in legal trouble with the restaurant, Dawson stressed it is "just a theory, not a fact." Nonetheless, the odd concept seemingly struck a nerve online as the video racked up an astounding 14 million views in just two days. Faced with the fact that their chain was now the subject of perhaps the worst kind of word of mouth advertising possible, Chuck E. Cheese's released a statement in which they declared that the conspiracy theory is "unequivocally false."

The restaurant went on to say that "our pizzas are made to order and we prepare our dough fresh in restaurant, which means that they’re not always perfectly uniform in shape." This explanation was seemingly bolstered by employees of the chain who shared stories on Reddit in which the slicing process for the pies was also cited as a contributing factor to their rather unique appearance. Be that as it may, one suspects that executives at Chuck E. Cheese's are currently scrambling to figure out a way to make their pizzas look more 'normal' before the conspiracy theory gets any bigger.