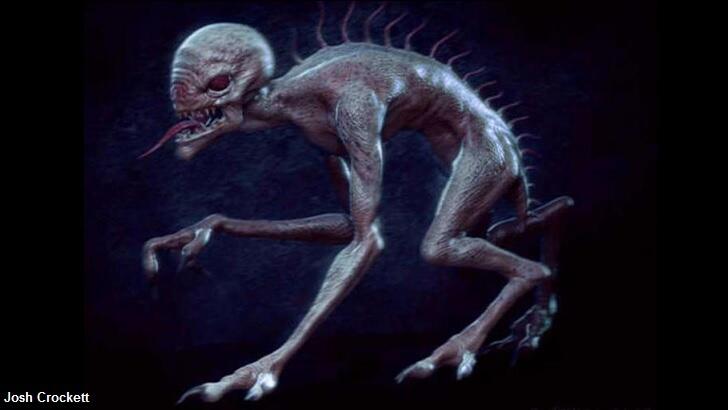 A farmer in Mexico lost an astounding 71 animals to a mysterious nocturnal predator that some suspect could be the infamous chupacabra. The gruesome slayings reportedly occurred over the course of the last few weeks on Simplicio Martinez's property which is located near the base of the Sierra de Juarez mountain range. According to the beleaguered farmer, the first incident took place on March 28th, when an unknown animal somehow killed 20 of the farmer's sheep in one night.

Already reeling from that tremendous loss, Martinez's luck got even the worse when the mysterious beast returned to his farm again last week. During this event, a night watchman at the site heard a commotion where the animals are kept and ventured out to investigate. Despite being armed with a machete, the guard opted not to intervene in the situation after he spotted what appeared to be a black creature of "tremendous" size. The next morning, Martinez discovered that a whopping 51 chickens had been killed by the voracious predator.

As is often the case with these types of killings, a number of odd elements surrounding the attacks have raised suspicions that they may have been the work of the chupacabra. Specifically, the farmer noted that the creature apparently entered the chicken coop by way of a hole that it created in the roof which was at least six feet off the ground. That means, Martinez mused, "either it climbed or it flew." Additionally, he observed that the predator consistently bites at the jugular of its prey and drains them of their blood, which is another classic method of attack attributed to the fearsome 'goat sucker' of paranormal lore.

Although a local veterinarian insists that the culprit behind the killings was merely a canine of some kind, Martinez is skeptical of that assessment and argues that a dog would not have such a precise style of attack. "It's not a normal animal," the farmer opined, speculating that it must be some kind of massive beast since it consumed the blood of 20 sheep. Be that as it may, Martinez now simply hopes that the authorities can investigate the matter because he and his neighbors fear that the creature may move on to feasting on humans now that it has decimated the animal population of the farm.