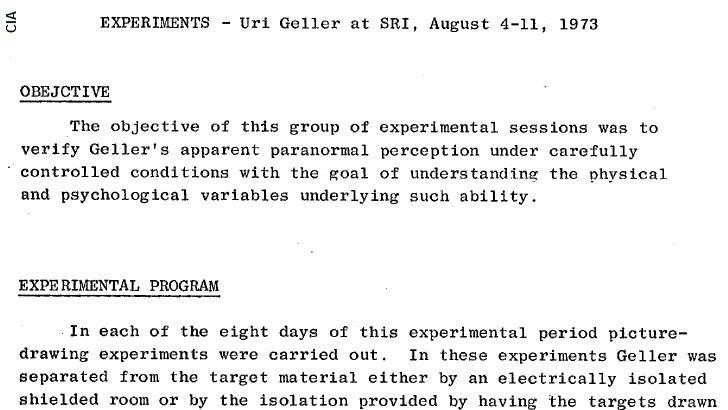 Remarkable insights into remote viewing, UFOs, and other odd topics can be found among a massive 12 million page cache of documents posted online for the first time this week by the CIA.

The enormous release consists of nearly 800,000 different files which had been previously declassified but were only available to researchers who actually traveled to the National Archive to examine them in person.

Thanks to diligent work from FOIA activists, the documents have finally been digitized and posted online.

Garnering the attention of paranormal enthusiasts is an enormous collection of files pertaining to the CIA's controversial remote viewing program known as 'Stargate.'

Perhaps knowing that these files would be of interest to visitors, the agency collated them into one section which boasts a jaw-dropping 12,473 files!

Although the compendium can be searched, it is still rather daunting in its depth and will likely keep paranormal researchers busy for quite some time.

For example, an initial search of the Stargate collection yields dozens of different files which contain the term 'UFO,' 20 files that mention the word 'extraterrestrial,' and a surprising 70 files that feature the word 'ghost.'

One of the most tantalizing items already unearthed is an amazing 32-page report on a 1973 CIA test of psychic Uri Geller's purported paranormal abilities.

Another entire section of the file release is devoted to 'secret writing' and features fascinating information on 'invisible photography,' German 'secret ink,' and an amusing set of instructions from the CIA in 1978 about how to open sealed envelopes.

No doubt numerous paranormal nuggets will emerge once investigators spend some time examining the archive which has, unfortunately, been slammed with traffic since news of the release broke today, rendering the search function intermittently unavailable.

That said, following the links provided in this piece should provide a starting point for anyone looking to take a deep dive into what is known as the CIA's CREST Collection.