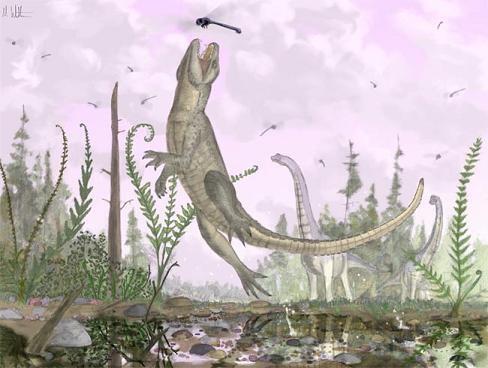 Archaeologists have discovered the fossil of a crocodile ancestor which boasts a number of unique attributes that set it apart from its modern-day kin. The creature, dubbed Pakasuchus, was a mere 21 1/2 inches long, bore an armored tail, and had teeth that were used for chewing its food, unlike contemporary crocs which simply swallow large chunks of their prey. More on the story at New Scientist.