Home > Articles > Cluster of Lanterns Over Mississippi Mistaken for Fleet of UFOs
March 25, 2021 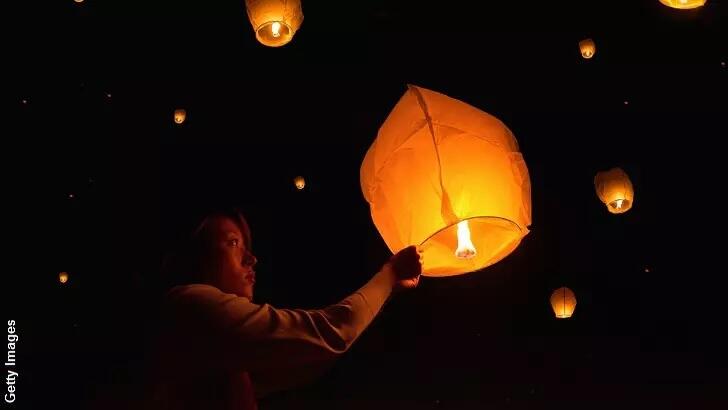 Cluster of Lanterns Over Mississippi Mistaken for Fleet of UFOs

A UFO mystery in Mississippi turned out to be rather short-lived as a curious set of lights suspected of being alien in nature was ultimately revealed to be merely a cluster of lanterns. The case of misidentification reportedly occurred on Sunday evening when David Howell ventured out to his driveway in the community of Southaven and was astounded to see several glowing orbs in the night sky. Alongside his equally mystified father, Howell observed ten of the odd objects which seemingly defied explanation. "One of them was a lot bigger than the other nine," he said, "they were going north/northwest and they would change positions."

Since the Howells managed to capture video of the sighting, their sighting wound up garnering the attention of a local TV station, which reported on the puzzling UFO event and raised the question of what, exactly, the father and son had seen over Southaven on Sunday night. More often than not, this would be the end of the story, with 'believers' arguing that the duo spotted some kind of ET craft and skeptics arguing that the objects were probably something prosaic, such as lanterns or drones, and the ultimate answer being up for debate. However, this case represents something of a rarity as the publicity surrounding the sighting actually led to someone stepping forward and taking claim for the 'UFOs.'

On Tuesday, Southaven resident Wanda Bell reached out to the TV station to inform them that the potential alien ships seen by the Howells were, in fact, sky lanterns that she and her family had released at a gathering on Sunday night to honor departed loved ones. The amused woman noted that, during the get-together, her daughter actually suggested that someone would mistake the lights for UFOs, which is exactly what happened. Conceding that she does not believe in UFOs, Bell understood why the Howells might have thought the lanterns were something out-of-this-world as "we were in awe because of the way they just lined up and they just floated and they went higher than we thought."

For David Howell, the resolution to the mystery was something of a dispiriting end to a rather wild journey as, after his initial sighting, the witness indicated that his experience convinced him that the Earth is being visited, musing "I find it hard to believe we are alone." Alas, upon learning that the 'UFOs' were merely lanterns, he had a very different perspective on the question which has fascinated so many people for so long. "It's okay. That's good," he said with what one imagines was a tinge of disappointment, "maybe we are alone."