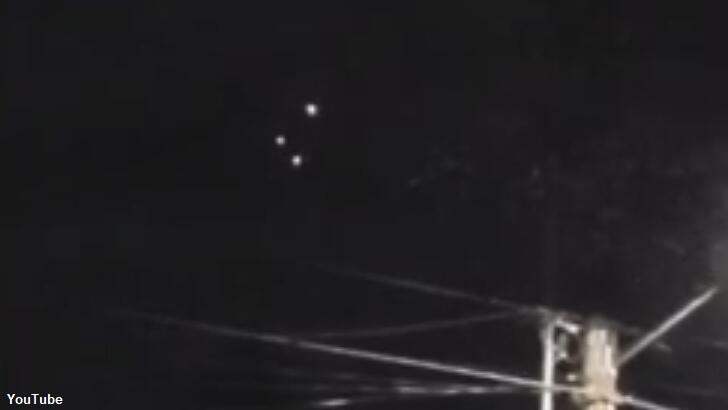 Cluster of UFOs Spotted in Washington

A curious video filmed in Washington state seems to show a cluster of UFOs hovering in the night sky in a fashion eerily similar to a case from Texas earlier this month. The footage was reportedly recorded by a YouTube user named 'Denspion' in the Seattle suburb of Burien. The intriguing video, which can be seen here, begins with a bright light in the sky that is quickly joined by another odd orb.

The strange scene continues with another set of lights appearing nearby and all four of the orbs hovering towards each other into a cluster. The seemingly random manner in which the objects fly leaves the witness marveling that "those are UFOs," since they do not behave like conventional aircraft. He also observes that they look as if they are ascending into the sky and eventually fade away.

Perhaps the most remarkable aspect of the case is that it bears an uncanny resemblance to a sighting that took place in Texas around the start of March. In both instances, mysterious orbs floated up into the sky and lingered there while bewildered witnesses watched from the ground. As with that case, theories for the Washington sighting run the gamut from the fantastic, such as alien ships, to the prosaic, like Chinese lanterns.