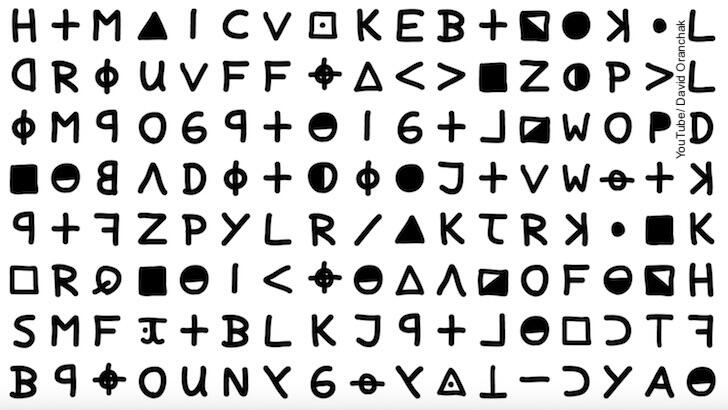 A 51-year-old mystery surrounding a message from a notorious serial killer may have finally been solved.

Amateur codebreakers from three different countries worked together to break the so-called “340 cipher” sent to the San Francisco Chronicle in November of 1969 from the notorious “Zodiac Killer” who terrorized the Bay Area from the late 1960s to the early 1970s. His identity remains unknown.

Software engineers Sam Blake from Australia, Belgian Jarl Van, and American cryptographer David Oranchak solved the code and sent their results to the FBI, who have confirmed the solution. The “340” refers to the number of symbols in the coded message.

Although the anonymous murderer had earlier sent what he alleged was his real name in code, the current solution does not appear to reveal any name.

The "Zodiac," as he called himself, taunted the police and press with disturbing messages throughout his prolonged spree. Chillingly, the decoded message reads, “I am not afraid of the gas chamber,” because, as he bizarrely reasoned, “I will have enough slaves to work for me in paradice (sic).” In other taunting messages, the killer continually expressed his belief that his victims would become his personal servants in the afterlife.

The drama spawned numerous books and films, including the plots for the films “Dirty Harry” as well as “Zodiac,” a more accurate treatment of the story released in 2007.