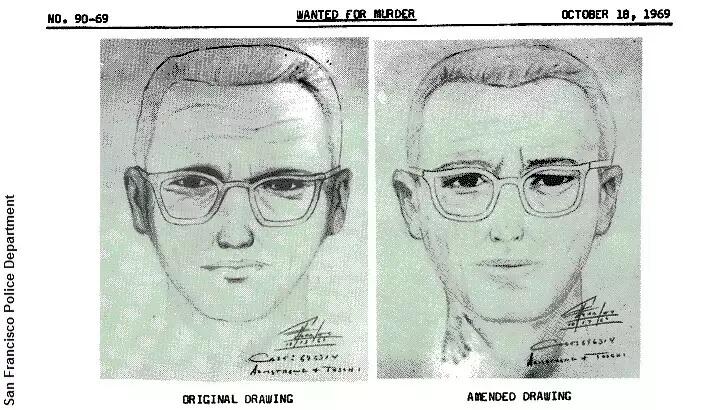 An independent group of investigators believes that they have determined the identity of the infamous Zodiac Killer. One of the more iconic cases in true crime lore, the unnerving serial killer tormented the San Francisco area during the late 1960s by way of a series of sinister slayings and cryptic letters sent to the media. The subject of numerous books, countless television programs, and even a Hollywood film, the Zodiac Killer's identity has remained a mystery for decades with all manner of suspects being put forward by armchair researchers doggedly digging into the case. And now a team of former law enforcement investigators is confident that they have finally unmasked the mad man.

According to a press release, the organization known as The Case Breakers has "recovered new physical and forensic evidence" which, they say, indicates that the Zodiac Killer was a man by the name of Gary Francis Poste, who passed away in 2018. One particular clue, which one member of the team called "irrefutable," is that their suspect sported a unique scar on his forehead that just so happens to match what four eyewitnesses reported in their observations of the killer. Additionally, the group has also "secured decades of pictures from Poste's former darkroom" that they believe strengthens their case, including an eerie 1980 "selfie" that appears to show the shadow of a person wearing the unsettling Zodiac hood that the killer donned during one of his murders.

Beyond that evidence, the Case Breakers have connected with an individual, described as an "outlaw turned Zodiac whistleblower," who says that he personally witnessed Poste burying the murder weapons used in the killings and has provided the group with the location of what could be that blockbuster evidence. Other sources who have helped the organization hone in on their suspect include Poste's former daughter-in-law who asserted that she was subjected to a campaign of terror organized by the suspected serial killer when the relationship unceremoniously ended as well as a woman who was babysat by Poste in the 1970s and says that his wife recently revealed to her that he had, in fact, been the Zodiac Killer.

As of yet, the FBI and associated law enforcement groups tasked with investigating the decades-old cold case have yet to respond to the findings put forward by the Case Breakers. That said, the group is hoping to compare Poste's DNA to material collected from the crime scene of a suspected Zodiac victim, Cheri Jo Bates, as they believe that it would be a definitive match. Should that be the case, they contend that circumstantial clues connecting that murder to the Zodiac's series of killings would confirm that Poste was behind the entire series of murders. While one can't help but be optimistic due to the confidence expressed by the Case Breakers, it would also be wise to temper expectations as this is not the first time that a promising Zodiac suspect has been proposed only for the case to remain maddeningly unsolved.