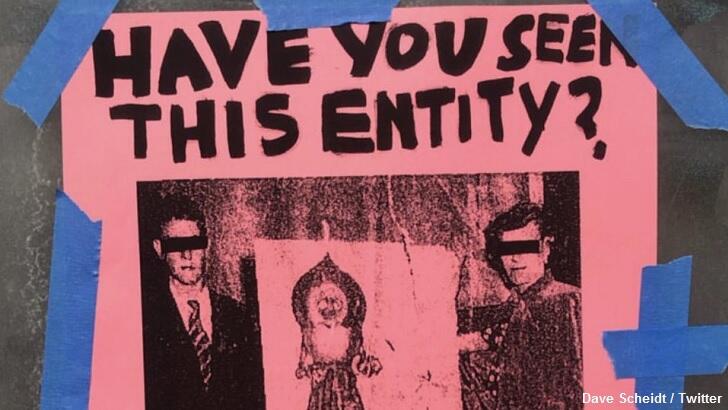 An inventive art project from a college student in Chicago asks residents of the city if they have any information about 'missing' cryptids and the responses so far have been overwhelming. According to a local media report, the cool concept is the brainchild of Sophie Jones, who plastered the city with posters akin to those looking for a lost pet, except in this instance the fliers featured famous cryptids like Nessie and Mothman as well as oddities like the Flatwoods Monster. Included on the leaflets is a phone number where people can report their sightings, which has led to all manner of strangeness coming into the makeshift hotline.

In just the first week since the posters went up, Jones received a whopping 90 or so phone calls and an additional 100 texts from Chicagoans who spotted the fliers and decided to act. Of course, that's not to mean that everyone was reaching out to report a cryptid sighting. While a good portion of the respondents seemingly treated the matter as a joke, a handful of individuals have phoned the hotline hoping to share their genuine accounts of encountering one of these mysterious creatures.

And, to her credit, Jones has engaged with a number of people who have contacted the hotline, trying to answer their questions about cryptids and even, in one instance, actually investigating a sighting that someone had reported. Initially conceived of as a temporary art project, Jones is now considering continuing the enterprise by developing an online presence for the hotline, beginning with social media and possibly an eventual website which will showcase some of the reports she has received and, presumably, gather new tales as well.

Found this posted in Wicker Park in Chicago where you can report cryptid sightings. pic.twitter.com/vdeyITUDsO