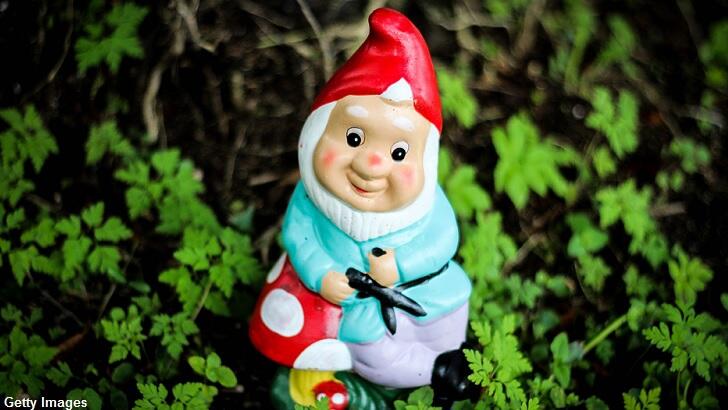 Authorities in Scotland are investigating a rather strange caper after someone stole a whopping 37 garden gnomes from the yard of an elderly woman.

The bizarre heist unfolded over the course of the last week of April when a yet-to-be-identified individual pilfered the lawn ornaments from the unnamed woman's yard.

Given the considerable number of gnomes that were stolen, one assumes that they were slowly taken from the yard on successive days and, therefore, went unnoticed by the woman until their total absence was apparent.

In a plea to the public for tips, police noted that, although "they are of little monetary value," the gnomes' owner is none too thrilled at having lost more than three dozen of her prized statues.

Musing about what may have been the motivation for such a weird crime, cops suggested that it was probably some kind of prank, but assured the would-be trickster that they were not amused.

Although one might suspect that the brazen theft was the work of a troublemaking teenager, investigators would be wise to consider a different suspect: one of the woman's neighbors.

Considering that they were forced to look out their window everyday and see 37 gnomes, perhaps they'd finally had enough and decided to step outside the law before the garden gathering grew even larger.