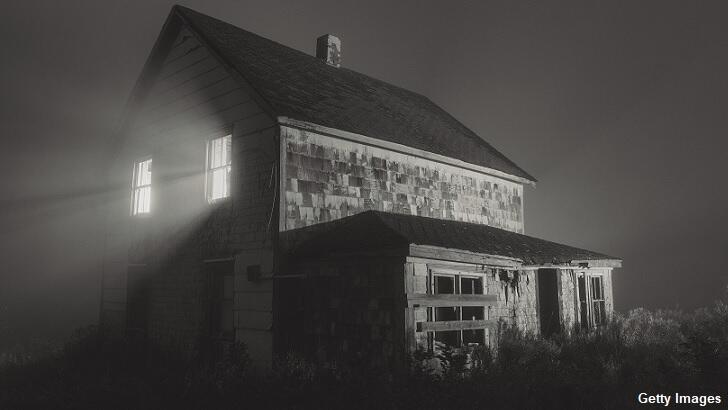 Authorities in England put a stop to a veritable party of paranormal researchers when they caught a dozen people breaking the country's coronavirus lockdown restrictions while exploring an abandoned house. The odd bust reportedly took place this past Saturday evening when an officer with the Cheshire Police Rural Crime Team spotted several cars inexplicably parked outside a ramshackle residence in the community of Chester. Since England remains under a strict lockdown to prevent the spread of the coronavirus, the cop's suspicions were understandably raised and he proceeded to enter the building to investigate.

Inside the derelict residence, the officer encountered three groups of people roaming around the house. The first party informed the cop that they had come from West Yorkshire, which is about 90 minutes away, for what they described as a "paranormal activity event." This excuse was echoed by the second group, who had actually traveled nearly two hours to attend the gathering. Perhaps sensing that this version of events wasn't passing muster with the police, the third group told the officer that they were merely "urban explorers" who happened to live nearby.

Although police did not make the matter clear, one presumes that the three groups were somehow connected, since it seems rather unlikely that they came from different parts of the country in search of high strangeness and all happened upon a seemingly random abandoned house at the same time on their own. Regardless of how their misadventure came to be, it ultimately ended when cops rounded up twelve individuals in total and issued them citations for breaking the country's coronavirus lockdown.

Posting about the incident on Facebook, the Cheshire Police Rural Crime Team was particularly critical of the large gathering because the "poor state" of the building made it "an incredibly dangerous place to be" and, should things had gone awry, would have imperiled additional people had the ghost hunters needed to help in an emergency. By virtue of their flouting of the coronavirus-related restrictions, the 'paranormal investigators' and 'urban explorers' will have to pay a fine of approximately $275 each and could also face trespassing charges.