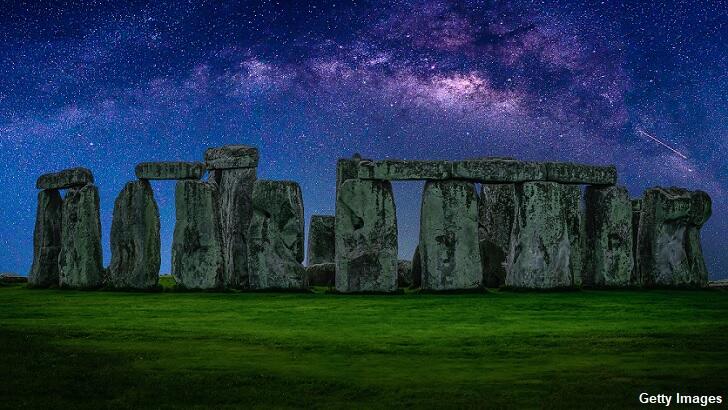 A group of people in England found themselves in hot water with the law when they defied the country's coronavirus lockdown in order to make a late-night visit to Stonehenge. The strange incident reportedly began on Monday evening when, for reasons one can only speculate on, a cadre of four couples in London decided to eschew travel restrictions and make the rather lengthy two-hour drive to the famed monolith. Arriving at around 1:30 AM Tuesday morning, their presence at the pagan landmark was understandably not well received and police were promptly called.

According to authorities, the group "had no good reason" to be at Stonehenge in the middle of the night, which leaves us wondering what possible excuse for their misadventure could have passed muster. In response to their ill-advised visit to the historic site, officers issued £200 fines to seven of the people from the impromptu party. The eighth person in the group, an unnamed woman, faces even more legal trouble as apparently tempers flared during the encounter with the cops and, in the chaos, she allegedly hit one of them in the face.

Causing a cut above the officer's eye, the woman was subsequently arrested for assault. Looking back on the incident, Sergeant Keith Jackson of the Wiltshire Police mused that "this was a challenging situation for the attending officers, dealing with obstructive individuals who failed to see the potential danger of their actions." He went on to express hope that news of the incident will serve as an example that authorities are serious about enforcing the lockdown restrictions and, presumably dissuade any other foolhardy individuals from visiting Stonehenge in the middle of the night.