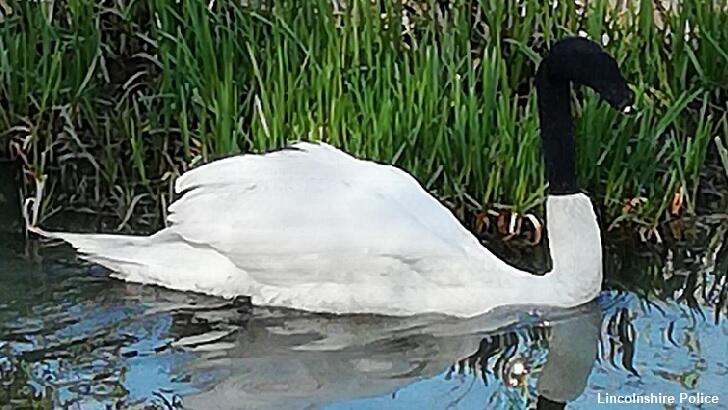 Authorities in England are hoping that the public can help them get to the bottom of a "mindless prank" in which some miscreant stuck a sock on a swan's head. The troubling case of apparent animal cruelty came to light on Wednesday when Lincolnshire Police shared a picture of the unfortunate bird on social media. According to them, the swan was spotted on a waterway in the community of Lincoln on Sunday and, as can be seen in the photo above, had a sock "pulled tightly over its head." Fortunately, workers from an animal rescue group that was called to tend to the creature were able to remove the garment and the bird was apparently unharmed.

It uncertain how long the sock had been on the swan's head before it was removed, but how it got there seems to be no mystery. "Due to how snug the fit was," Lincolnshire Police said, "we do not believe that this was accidental." They went on to note that the majestic bird's life was likely saved by the animal rescue workers as it "would have either starved or potentially suffocated" had its predicament gone unnoticed for long. Understandably, authorities are asking residents for any tips they might have as to who stuck the sock on the swan's head. Should the ne'er-do-well behind the cruel caper get caught, they could face up to six months in prison for animal cruelty.