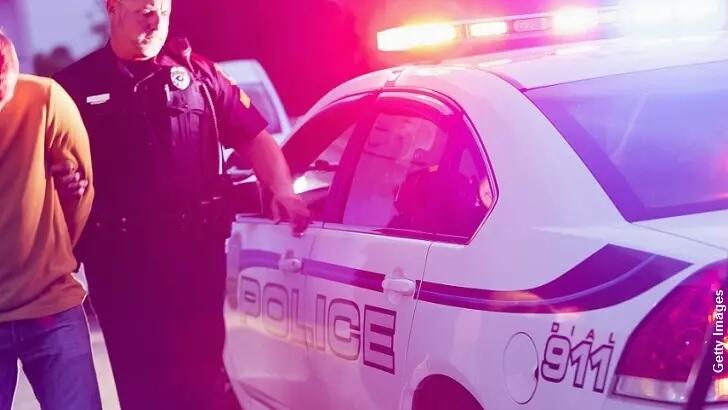 After being arrested for allegedly stealing a truck from the parking lot of a convenience store, a man in Utah offered cops a rather weird reason for his actions: he urgently needed to get to a meeting with alien ambassadors. The bizarre incident reportedly occurred this past Saturday in the city of Orem when the owner of a pickup truck went into a 7-Eleven and left his keys in the vehicle. According to authorities, that's when Bryce Jerald Dixon jumped into the truck and took off down the road.

Strangely enough, the suspected thief's trip was rather short as he soon came back to the convenience store with the vehicle because, as he later told police, he felt bad about what he had done. Presumably thinking that returning the truck wiped the proverbial slate clean, Dixon is said to have fled the scene on foot, but not before some kind of fracas erupted between he and the owner of the vehicle, who is reported to have punched him in the face.

Cops arriving on the scene quickly located the now-injured Dixon and arrested him for stealing the truck. When asked why he took the vehicle, court documents indicate that the man explained that he needed it to "get to the Colosseum to get on a flight with alien diplomats." It is uncertain whether or not Dixon meant the Colosseum in Rome or perhaps a nearby college stadium, but given that he planned on meeting extraterrestrial ambassadors, the former scenario cannot entirely be ruled out.

Unfortunately for the would-be ET greeter, authorities say that he managed to compound his troubles when he attempted to escape police custody three times while at the hospital being treated for his injuries. This led to Dixon not only being charged with allegedly stealing the truck, but also a trio of charges related to those ill-advised actions. As for the meeting with the alien diplomats, clearly that did not come to pass, which raises the worrisome possibility that Dixon's failure to rendezvous with the ETs may have hurt Earth's chances for first contact.