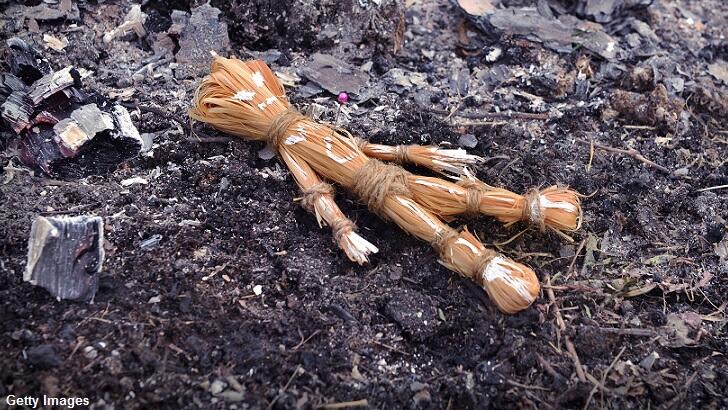 Cops Respond to Reports of Bizarre Roadkill Ritual in Wisconsin

In a very strange story out of Wisconsin, police officers responded to reports of a woman attempting to revive some roadkill by way of a bizarre ritual. The odd incident reportedly occurred in the city of Waukesha on Monday afternoon when an unnamed driver spotted a downed possum in the middle of a street. According to astounded witnesses who called the cops, the concerned motorist stopped her car and went into the road to examine the unfortunate animal.

Things only got weirder from there as she was seen dousing the dead possum with window washer fluid and pelting it with goldfish. Although the Waukesha police log does not specify whether these were actual goldfish or just the popular snack food, we're guessing they were the latter. When that initial tactic failed to rouse the roadkill, observers say that the woman proceeded to return to her car to retrieve a Green Bay Packers lawn chair which she sat in while yelling "repent" at the dead creature.

It appears that the would-be sorcerer left the scene by the time police arrived as there is no indication that they encountered the woman nor issued any citations for her erratic behavior. As for the possum, it would seem that the motorist's unique brand of magic was no match for whatever killed the animal as its remains were still sitting in the middle of the road and workers subsequently removed the creature's carcass. We can only imagine what the woman would have thought if she returned to the spot to check on how her 'spell' fared and found that the possum had vanished.