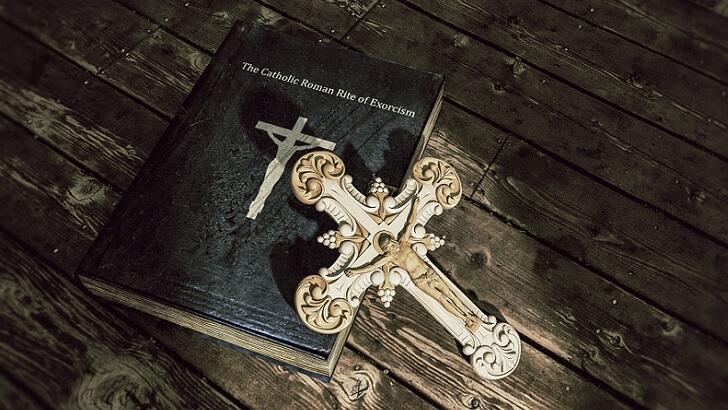 A Maryland couple who got something of a bargain on their new home were surprised to discover the reason for its low asking price: the house was the actual setting for the infamous events that inspired the legendary 'Exorcist' tale. Danielle Witt and Ben Rockey-Harris reportedly purchased the residence in the town of Cottage City last August following a months-long search for an affordable place where they could put down proverbial roots. Although the couple says that they did an extensive amount of due diligence before passing papers on the home, they now concede that they missed one fairly significant detail as it pertains to the home's place in paranormal and pop culture lore.

"The one thing I did not Google was about the neighborhood of Cottage City itself," Witt explained to NPR, "because I didn't want to fall in love with it" in the event that their offer on the house was not accepted. However, once that occurred, they did another internet search to find out more about their new neighborhood and learned that, back in 1949, a 14-year-old boy living in the house had purportedly become possessed by demonic forces and, in turn, an exorcism was held to free the youngster from the sinister spirit. Newspaper coverage of the case captivated writer William Peter Blatty, who penned a fictionalized version of the event titled The Exorcist, which later became a blockbuster and now-iconic film under the same name.

Looking back on when they realized the spooky nature of their new home, Witt laughed that "honestly, the first thing I thought was, 'oh, God, this is going to tank our resale value.'" After putting that understandable concern aside, the couple came to appreciate the house's unique history and expressed little fear that there may still be dark forces attached to the property. "Demons are not attached to locations. They're attached to people," Witt argued, "they're things that wander." So far, it would appear that her assessment is correct as the couple have not experienced any paranormal activity in the home and are already planning an Exorcist-themed Halloween party.