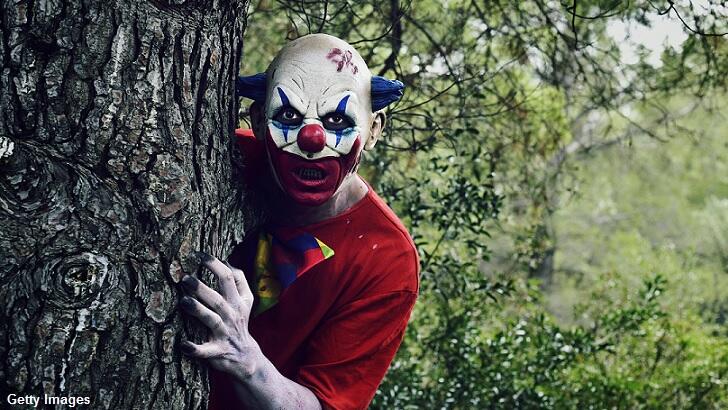 Authorities in Iowa recently responded to a call from a frightened woman who says that her family was being harassed by a creepy clown. The bizarre incident reportedly occurred in the city of Fort Madison last week when the unnamed resident phoned police at around midnight with concerns that a clown "was trying to attack her." Chillingly, the woman also told the cops that this was not the first time that her family had seen the haunting harlequin.

According to Fort Madison police chief Mark Rohloff, the woman revealed that the clown "had been harassing her son for the past few days, but they don't know who he is." In a testament to the diligence of the city's police department, cops actually arrived at the family's residence in under two minutes and actually caught sight of the mysterious stranger, who managed to evade capture by jumping over a fence and running away from the scene.

While searching the area, the responding officers discovered that the perpetrator had ditched their clown mask and costume under a car during the escape. The Fort Madison incident seemingly confirms that we're now fully in the midst of creepy clown season as it follows an unsettling sighting that occurred last week in Arkansas as well as a mid-September case in which one of the harlequins threatened a boy in England. With October having just begun and Halloween weeks away, it's a safe bet that this isn't the last we'll be hearing of the creepy clowns and their mischevious ways.