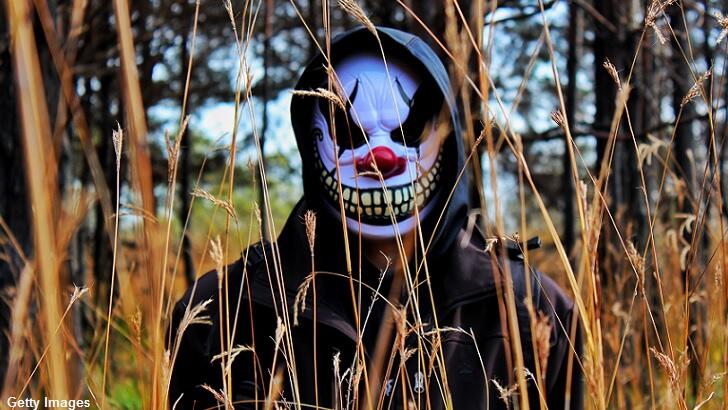 Creepy Clown Reports on the Rise

This month has seen an unsettling increase in creepy clown reports, specifically in England, and it seems that the haunting harlequins are becoming particularly brazen. Following the report of a knife-wielding clown menacing some kids a few weeks ago, we wondered if perhaps the eerie phenomenon was set to make a comeback. Based on recent events in the UK and elsewhere, it appears that our concerns were well founded.

Last week, a pair of teens in the English town of Sittingbourne claimed that they were chased by a clown brandishing a baseball bat. According to a local media report, the nefarious individual went all-out with his regalia as he not only donned the now-standard creepy mask, but also a red wig and "a clown top." As often happens with such cases, the clown eventually gave up on his chase and the kids reported the encounter to police, who were unable to find any trace of the ne'er-do-well when they arrived.

On the heels of that incident came an even more unnerving report from the English village of North Benfleet this week when a resident took to social media to warn her community about a rather chilling clown encounter. In this instance, a woman was reportedly sitting in her car at a red light when another vehicle pulled up close behind her. Suddenly, she was shocked to see a clown emerge from the other car, stalk towards her vehicle, and, begin banging on her windows as well as attempting to get inside. Fortunately, the doors of the car were locked and so the driver managed to escape the terrifying scene.

Not to be outdone, on that very same day, a creepy clown who apparently has a presence on social media warned his followers online that he is set to make a return any day now. The 'Doncaster Clown,' as the nightmarish individual is known, posted the chilling message "I’m coming back, kids. Who wants to play?" on his Facebook page. He then shared a picture of some shops in the town of Cantley and promised to make an appearance there this weekend.

And while it should be obvious to most everyone by now that the creepy clown phenomenon is no laughing matter, yet another case from this past week should serve as further proof. In this instance, a Danish teenager was badly hurt when she crashed her scooter after being chased by a prankster dressed, you guessed it, as a clown. The young man behind the greasepaint was apprehended by police, although no charges were pressed, since he insisted that his antics were meant in good fun. We're guessing that the girl who suffered a broken arm and cheekbones as well as a concussion begs to differ.