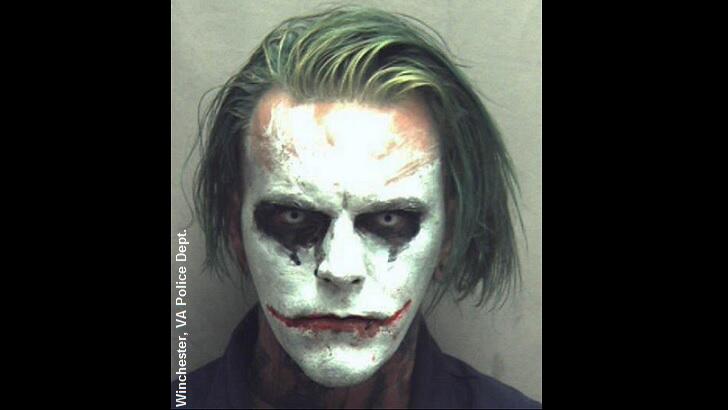 Authorities in the Virginia city of Winchester accomplished a feat that would make their compatriots in Gotham City proud when they arrested a man roaming the streets dressed as The Joker.

Jeremy Putman's eerie appearance raised eyebrows among residents when they spotted him walking through downtown Winchester on Friday afternoon.

Beyond his bold look, the fact that Putman was allegedly wielding a sword made their concerns all the more pressing.

As such, police quickly arrived on the scene and took the 31-year-old man into custody, charging him with 'wearing a mask in public,' a felony which carries a shocking prison sentence of five years.

The reason for Putman's bizarre antics have yet to be revealed, but his arrest will likely dissuade any other supervillains in Winchester from attempting a prison break on his behalf.