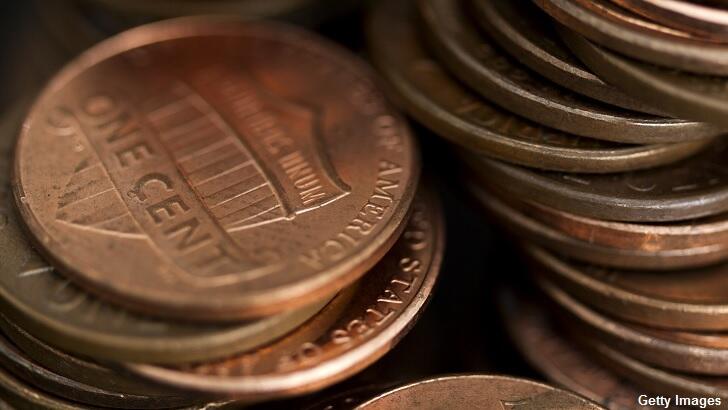 Authorities in Connecticut have a bizarre mystery on their hands following the discovery of what appears to be some kind of sacrifice. The weird find was reportedly made in the city of Torrington last week when a road crew stumbled upon mysterious remains sitting on the edge of a street. Undoubtedly concerned by what they'd encountered, the workers promptly phoned the police, who wound up positively perplexed by what they were called to investigate.

The oddity in question turned out to be a cow's stomach with a stack of pennies placed atop it and an "Asian sword sleeve" inserted into the ground nearby. The curious combination of objects left cops scratching their heads and speculating that perhaps there was some kind of occult origin behind the strange display. "The sword sleeve really has us stumped," detective James Crean told a local newspaper, "and why the pennies on the stomach?"

Determined to get to the bottom of the mystery, the investigator has scoured the internet and various books in search of answers. However, his attempt at unraveling the riddle has proven futile as nothing seems to match what was found on the side of the road. The case has proven to be so confounding that Crean asked members of the public to contact the police if they have any insight into the unnerving find. "We don't want people worried," he said, "we just want to find out what it means, if anything."