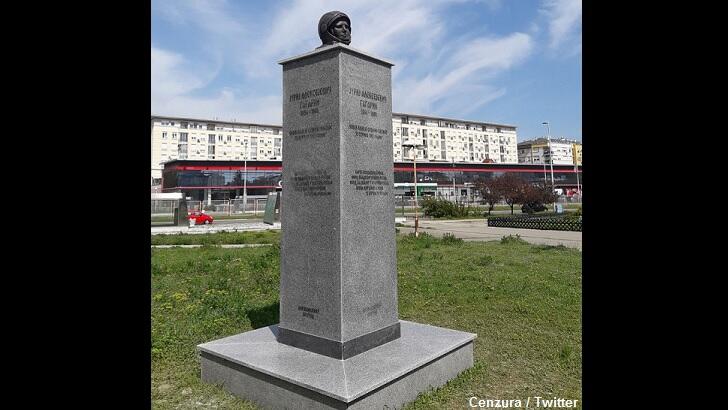 A monument in Serbia meant to celebrate pioneering cosmonaut Yuri Gagarin became such a target of ridicule for its odd proportions that it was dismantled after just two days!

The strange-looking installation appeared on Sunday in the capital city of Belgrade and quickly became the target of online art critics and bewildered observers.

The issue at hand is that the monument consists of a massive column atop which sits a relatively tiny bust of Gagarin's head.

The piece was roundly mocked on social media by those who found the design rather ridiculous, although others tried their best to offer theories, such as theft prevention or conceptual art, for its uneven appearance.

One particularly passionate individual went so far as to declare the monument "a scandal and an insult" to the first person ever to venture into space.

It would seem that city officials agreed with the assessment as they announced that the much-maligned monument would be taken down and had already dispatched someone to remove the now-infamous head from the piece.

Along with claims that they weren't quite sure how the design ended up being approved in the first place, the city also announced plans to build a new monument more befitting Gagarin's stature and, hopefully, less hilarious.