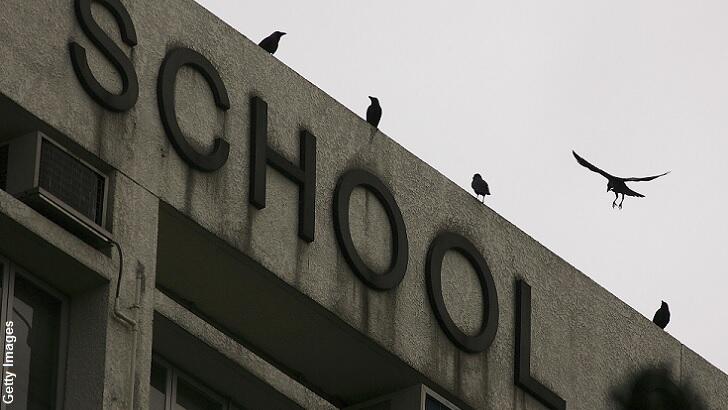 Students and faculty at a college in Ireland are wearily keeping an eye on the sky following a series of crow attacks that have left more than a dozen people injured!

The most recent incident occurred yesterday when one of the angry birds descended upon a man in a parking lot at the Cork Institute of Technology.

Suffering from scratches inflicted by the crow, the unfortunate victim of aviary aggression actually had to receive medical treatment due to the attack.

However, his story is but one of many with some estimating that at least 15 people have run afoul of the menacing birds in recent weeks.

As to what may have caused the outbreak of attacks, wildlife experts speculate that the departure of students at the end of the school year could be the reason.

Their reasoning is that the campus is now devoid of people feeding the animals bread crumbs or leftover food and, thus, the crows are lashing out due to the dietary downturn.

A spokesperson for the college ominously mused to The Independent that "they could be doing this to remind people, saying "we're still here.'"

With that in mind, perhaps the dozen or so people that have been on the receiving end of that reminder will bring some bread back to campus next time they visit, lest the crows strike again.