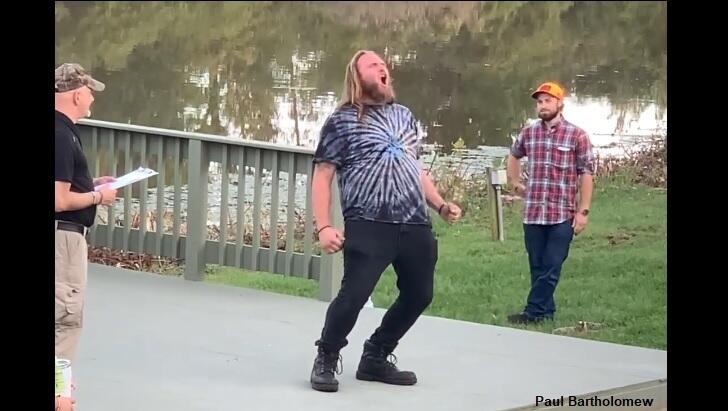 The wildest competition in the paranormal world was held once again this past weekend when dozens of people took to the stage and unleashed their best Bigfoot bellows in the hopes of taking home the top prize in the Whitehall Sasquatch Calling Contest. The unique event, held on a picture-perfect Saturday in the New York town of Whitehall, was the culmination of a day-long celebration of the legendary creature that has become something of a mascot to the community which declared it their 'official animal' back in 2018. With the festival being only a few hours away from my home in Boston, I reached out to the organizers prior to the weekend and offered to lend my ear to the calling contest as a judge, which is how I wound up helping to crown the 2021 champion.

Upon arrival in Whitehall, it was clear right away that there was a bonafide happening unfolding as cars lined the streets of the small town and just finding a place to park proved to be a challenge. While the festival was expected to be a popular event in the community, the sheer number of attendees was staggering as there were at least two thousand people roaming the community's spacious Skenesborough Park which was festooned with food trucks and a dizzying array of vendor tables selling all manner of Bigfoot-branded merchandise as well as various handcrafted goods. Walking the grounds amid the attendees were a few particularly colorful characters, including a 'steampunk Sasquatch hunter' and a ventriloquist sporting an adorable 'Littlefoot' puppet. 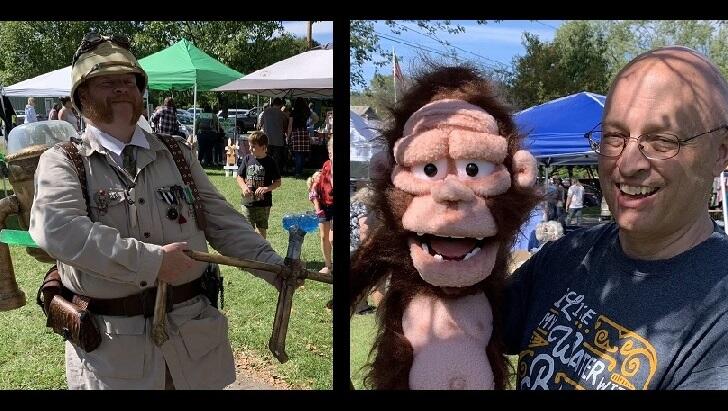 Stationed at the center of the event was a pavilion where attendees could meet genuine Sasquatch researchers, learn more about the legendary creature that had brought everyone to Whitehall, and, in some instances, share their own stories of encountering the elusive cryptid. Over the course of the afternoon, the investigators, authors, and podcasters provided presentations on their work searching for Bigfoot. Among the researchers in attendance for the festival were Whitehall's own Paul Bartholomew (seen below), who has done exemplary work documenting sightings of the creature in the area, as well as Kenney Irish, and Emily Fleur. 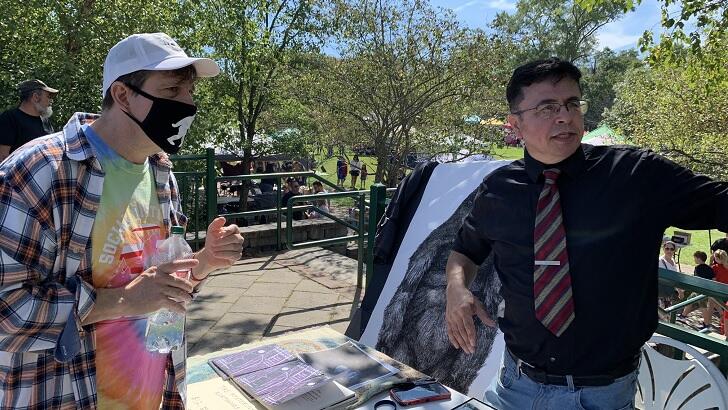 Of course, all of this was a prelude to the Sasquatch Calling Contest, which served as an unforgettable capstone to the event. When I was being briefed on my duties as one of the judges for the event, I was surprised by an unexpected twist to the proceedings. As if being a part of the panel was not strange enough, our role was to assess the calls by sound alone without actually ever seeing the participants in action. This meant that as approximately 60 contestants vied for the title before a rambunctious crowd of several hundred people, my fellow judges and I were actually forbidden from witnessing any of it, our backs turned to the proceedings as we simply listened to it all unfold. 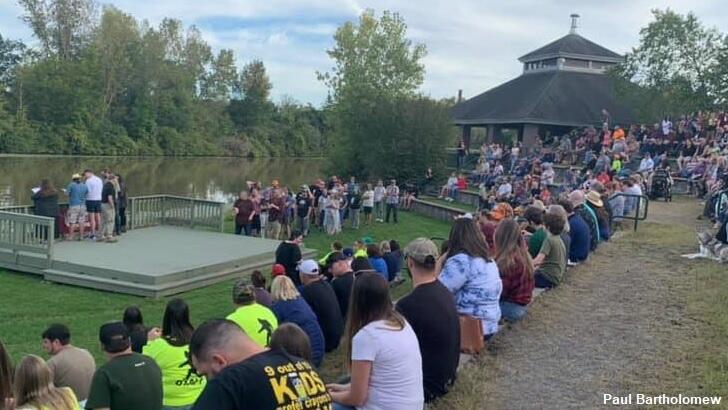 The competition was deftly emceed by cryptozoologist Steve Kulls, who brought each contestant up on stage to present their best Sasquatch call. Over the course of the event, we heard hilarious howls, unsettling yelps, and shiver-inducing screams while scoring each entry on creativity, presentation, projection, and crowd appeal. Being bombarded by a seemingly unending array of Sasquatch calls was an entertaining and bizarre experience that was truly like no other. Fortunately, over the course of the competition, there were a handful of participants who stood out among the rest with entries that were either remarkably long, particularly powerful, or wildly unique. 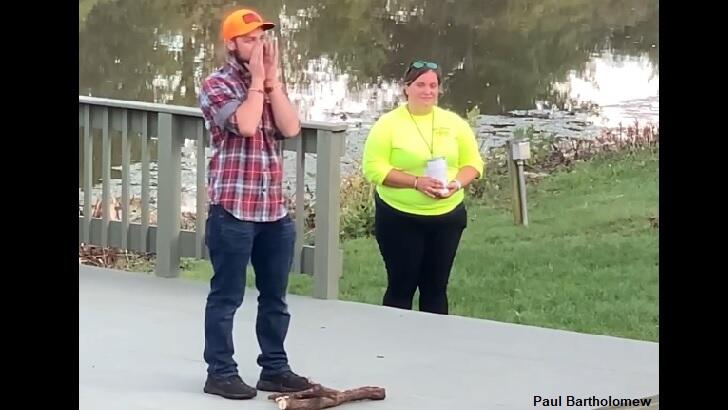 And, in the end, following a closely contested playoff round among the top contenders (which can be seen here), the panel of judges came to a consensus and crowned Grant Kennedy (seen above) this year's champion. All told, the Whitehall Sasquatch Festival and Calling Contest was an appropriately enormous celebration of the famed cryptid and the organizers of the event deserve considerable kudos for putting together such a massive and fun event for the community which has adopted Bigfoot as one of their own. Hopefully, somewhere in the forests around Whitehall, the famed cryptid heard the calls last Saturday and knew that it had a place to call home.