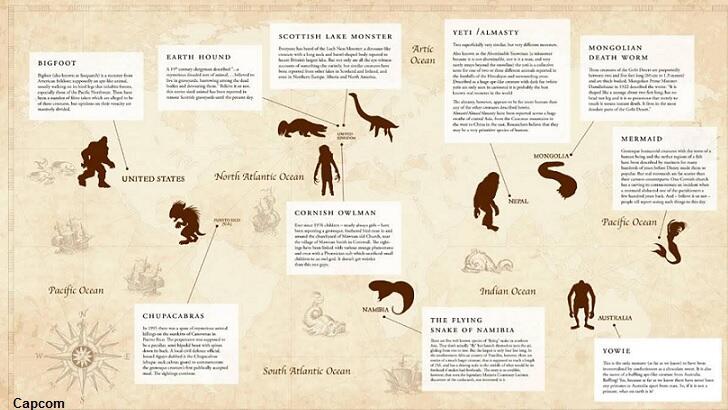 A monstrous reward is being offered by a video game company to anyone who can provide proof for the existence of various legendary cryptids from around the world.

The proverbial Bigfoot bounty, which stands at a whopping $75,000 dollars, has been issued by Capcom in conjunction with the release of their new game 'Monster Hunter: World.'

In keeping with the title's global theme, the contest targets ten legendary cryptids said to reside in different parts of the world.

Included in the list are Bigfoot, of course, Nessie, and the chupacabra as well as some more obscure creatures like the Mongolian Death Worm, the Namibian Flying Snake, and the Cornish Owl Man.

Although the contest is clearly a publicity stunt from the video game company, they appear to treating it seriously in that they have enlisted esteemed UK cryptozoologist Jon Downes to analyze the submissions.

To that end, those who believe they can furnish evidence for one or more of these 'monsters' have between January 30th to June 30th to do so and stake a claim to the prize.

Should someone manage to conclusively prove the existence of one of these cryptids, the big winner will be announced at the end of July.

While one may laugh at the prospect of such a thing actually happening, considering the fantastic nature of these beasts, it's entirely fitting that one might be finally be confirmed thanks to a video game company offering a big reward.

Coast Insiders can check out Jon Downes' 4/4/2007 appearance on the program, where he talked about his research into some of the world's strangest cryptids.