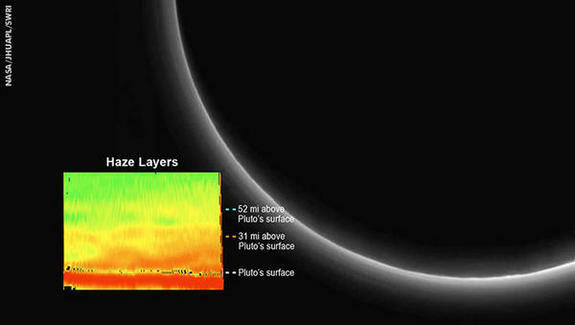 Dark Side of Pluto

NASA's New Horizons probe captured a spectacular parting image of Pluto's far side as the probe flew past on July 15. It shows Pluto's atmosphere, backlit by the sun, producing a halo of light. The layers of haze are several times higher than scientists predicted. “My jaw was on the ground when I saw this first image of an alien atmosphere in the Kuiper Belt,” said New Horizons Principal Investigator Alan Stern. More at NASA.gov.