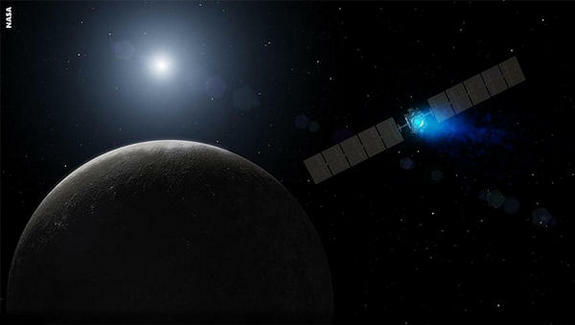 NASA's Dawn spacecraft has arrived at Ceres after a journey of more than seven and a half years and three billion miles, space agency officials announced on Friday after the probe was captured by the dwarf planet's gravity. "We're exploring the last uncharted world of the solar system," Chief Engineer Dr. Marc Rayman told Mail Online. Discovered more than two hundred years ago, Ceres was once thought to be a planet, then an asteroid, and finally classified as a dwarf planet. The Dawn spacecraft will spend the next 16 months mapping and sensing the mysterious icy world. More at Mail Online.