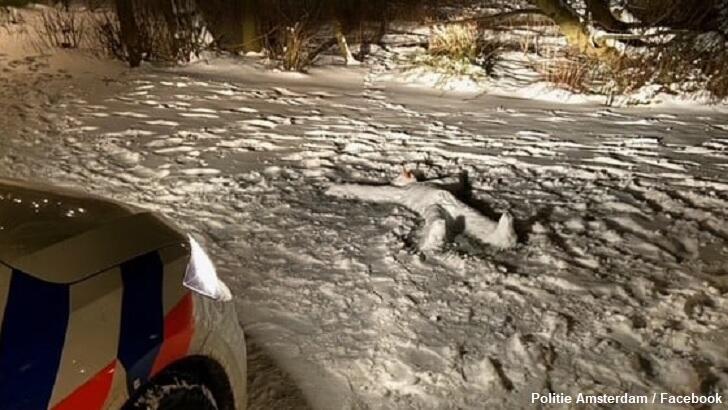 Cops in the Netherlands breathed a sigh of relief earlier this week when a 'dead body' that they had discovered in a park turned out to be just a realistic-looking snowman. The amusing incident reportedly occurred in Amsterdam on Wednesday evening as a patrol car was passing through a large recreational area known as The Oosterpark. Much to the officers' surprise, they spotted what appeared to be a person laying on the ground and not moving at all.

Suspecting that perhaps they had just stumbled upon someone who had been badly injured or was maybe even dead, the was understandably considerable tension in the air. However, their concerns were quickly alleviated when they approached the 'victim' and discovered that it was merely a well-made snowman. Sharing the odd story and pictures of the frosty creation on their Facebook page, the Amsterdam police department lauded the creativity of the individuals who crafted the piece and joked that, thankfully, there was no need for caution tape nor an ambulance in response to the discovery.