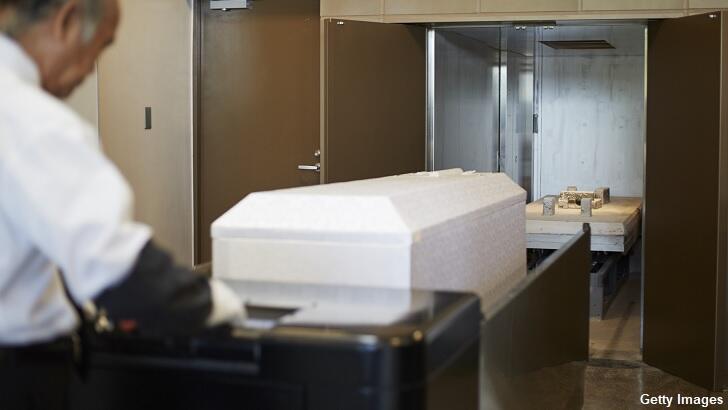 In a wild story out of Argentina, a daughter mourning the loss of her mother was stunned to discover that the ailing senior was still alive mere seconds before she was set to be cremated. The shocking turn of events reportedly took place in the city of Resistencia last week where the unnamed 89-year-old woman had been hospitalized for a few days. Upon visiting the facility one morning, her daughter was informed that she had, sadly, passed away from heart failure and was handed a death certificate stating as such.

The woman's body was then handed over to a funeral home where she was set to be cremated following a memorial service. However, as the daughter was saying what she thought was her final goodbye to her mother and workers prepared the conveyor belt which would send the remains into an incinerator, she suddenly noticed that the 'corpse' was displaying signs of life. The astounded woman quickly alerted personnel at the crematorium and managed to save her mother from a truly nightmarish demise.

The 'undead' woman was subsequently brought back to the hospital, where she is currently in the intensive care unit. And, as one might imagine, her daughter is not too thrilled with the clinic which declared her mother deceased, lambasting them for their malpractice and reporting the situation to the authorities, who now say that they plan to conduct a full investigation into the matter to determine how such a massive miscue could have happened.