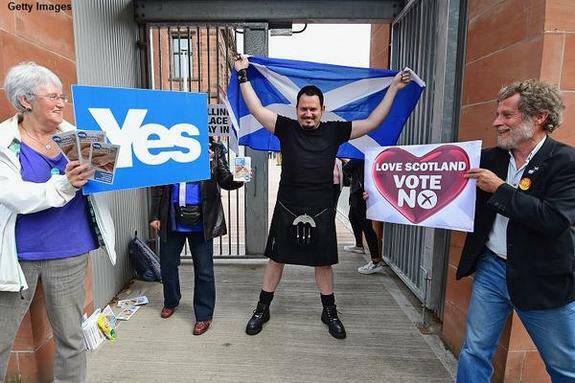 After months of heated debate, Scottish citizens took to the polls on Thursday to vote on a historic referendum which would determine whether the country would leave the United Kingdom and become an independent nation or remain part of the UK. Drawing an enormous 85% voter turnout and leading to a long night of counting, the final results of the vote saw the 'No' contingent prevail and, thus, Scotland will stay a member of the United Kingdom. Complete coverage of the landmark vote can be found at BBC News.