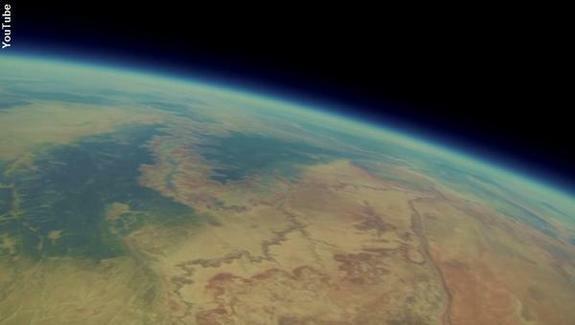 In 2013, a group of friends in Arizona launched a camera-equipped weather balloon high into the Earth's atmosphere with the hopes of capturing some cool footage from that unique perspective. However, after the experiment crashed to the ground and attempts to locate it proved futile, they became resigned to having lost their balloon and whatever it may have filmed.

Fortunately, they were pleasantly surprised when the remains of the experiment were recently found in the Arizona desert. Amongst the debris was a cell phone which provided information on who owned the material as well as the GoPro camera which still contained the remarkable footage of the balloon's complete journey to space and back. More here.