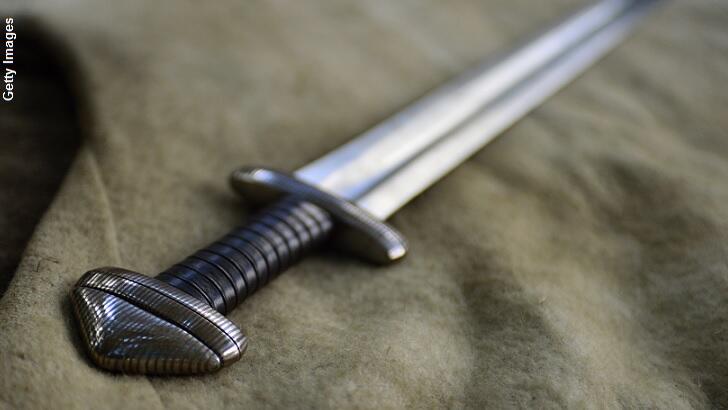 The amazing discovery of a Roman sword found near Canada's famed Oak Island may rewrite history and shed new light on the alleged treasure said to be buried there.

A report from historical investigator J. Hutton Pulitzer details how the sword was discovered many years ago by a father and son while they were scalloping near Oak Island and only recently came into the hands of researchers.

Forensic analysis of the sword revealed that it has the same metallurgical signatures of other known Roman artifacts.

The locations of the sword's discovery, Pulitzer contends, leads to a Roman shipwreck off the coast of Oak Island.

"The shipwreck is still there and has not been worked. We have scanned it, we know exactly where it lays," Pulitzer told the Boston Standard.

"This is the single most important discovery for the Americas - an event that will re-write history," he declared to the paper, "this is a gunshot to be heard around the world."

Pulitzer dismissed skeptics who suggest that the sword was acquired by collectors in modern times and merely inadvertently dropped near Oak Island.

He told the Boston Standard, "It was found incredibly close to Oak Island in water only 25ft deep. But if you dropped that rare collectors' sword overboard, wouldn’t you dive down to get it?"

Should Pulitzer's theory prove correct, it may indicate the original source for the alleged treasure said to be buried on Oak Island that has been a captivating mystery for centuries.

For now, he awaits approval from the Canadian government to lead an expedition to the shipwreck site in the hopes of proving, once and for all, that North America was visited many times in the ancient past.

"It's time for theory to be reflected by hard science," Pulitzer said to the Boston Standard, "Even if there's no gold inside Oak Island - it's a trillion-dollar treasure we are uncovering in history for our children and grandchildren."