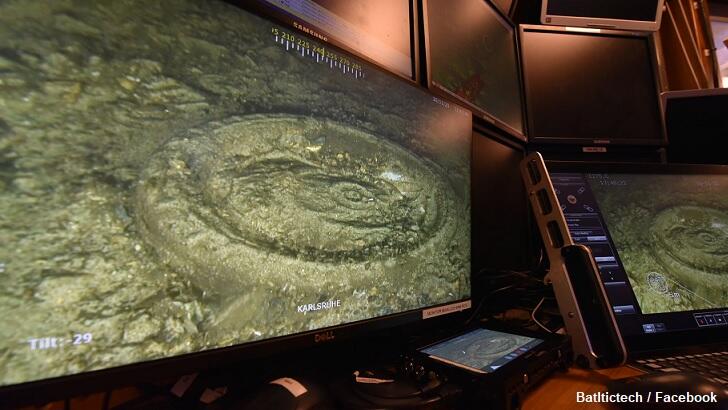 Hopes that a sunken Nazi steamer ship off the coast of Poland could contain the legendary lost Amber Room were somewhat bolstered when a dive at the site revealed intriguing chests which just might contain treasures that were pilfered by the Third Reich. The discovery of the downed vessel, dubbed Karlsruhe, earlier this year constituted a new chapter in the decades-long search for the ornate gold and amber paneling which was infamously stolen from a Russian palace by the Nazis during World War II and subsequently vanished as the conflict came to an end.

Earlier this month, the team of researchers who found the downed vessel dispatched an robotic submarine to survey the location and gain additional insights into the area. One promising development was that they actually discovered a second ship around 1,800 feet away from and possibly related to the wrecked steamer. As for the Karlsruhe itself, they explained in a post on social media detailing the expedition, "as we expected, a lot of equipment spilled out around the wreckage, especially in front of its bow.

Where things get particularly interesting is that they robotic submarine spotted "ten chests and a lot of other trinkets." Upon closer examination of some of the chests which had been opened, they saw that the boxes were equipped with "special rubber seals" presumably to protect valuable objects. The group speculated that the tantalizing detail just might be an indication that the chests might hold precious lost paintings or perhaps even the Amber Room itself. They plan to embark on another expedition to the site next spring in the hopes of getting a better look at the boxes and, possibly, discerning what they may contain.