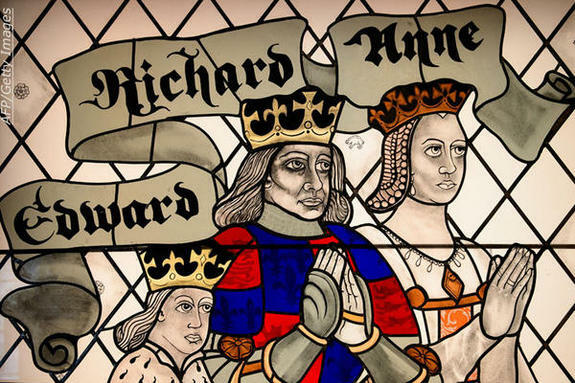 DNA testing has confirmed that a skeleton found under a UK parking lot is indeed that of the medieval king, Richard III. However, the testing of the remains' Y chromosome compared to modern descendants revealed that the bloodline of later royals may be in question, as there was a break in paternity patterns. More at National Geographic News.

Pictured: A stained glass window depicting King Richard III and his wife and son displayed in the new visitor's center on the site where his remains were discovered, in Leicester, central England, on July 24, 2014.