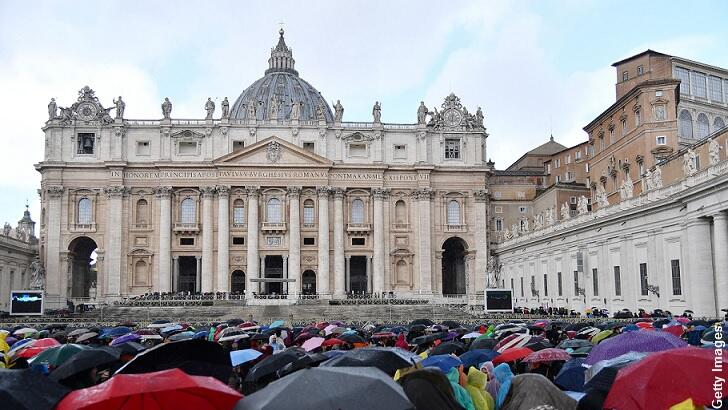 Does the Vatican Have a Time Machine?

In one of the more exotic conspiracy theories to come along in quite some time, a concerned researcher claims that the Vatican has a time machine and that it gave the technology to the CIA!

Regardless of whether the whistleblower website was unaware of or unwilling to reveal the information, Webre says that the time has come for the truth to be known.

According to him, the Vatican possesses a machine which allows its user to look back into time as well as into the future.

Dubbed the 'chronovisor,' the existence of such a device has been rumored in conspiracy circles for the last fifteen years after the 2002 publication of a book which introduced the story of the world.

Webre takes the tale even further, however, by asserting that the Vatican handed over the chronovisor technology to the CIA back in the 1960's.

In turn, he says, the intelligence agency began using the machine to shape the future and meddle in world events.

While skeptics will surely scoff at Webre's contention about the chronovisor, the reality of such a device would explain where all the time travelers are: they're sitting on their couch at home, likely watching in rapt amazement as our present day unfolds.

Coast Insiders can learn more about the time travel research of Alfred Webre by checking out his 11/27/2015 appearance on the program.