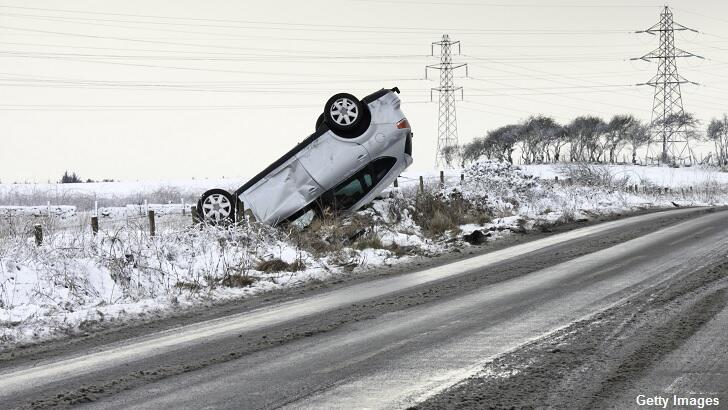 Authorities responding to a van rollover in California received an out-of-this-world explanation for the accident from the driver: aliens were to blame. The weird incident reportedly took place on Wednesday afternoon when a man cruising along Highway 18 in a mountainous area of San Bernardino saw his van flip over and land on the side of the road. He subsequently called 911 to report the accident and insisted to the dispatcher that it had been caused by extraterrestrials.

According to California highway patrol officers who arrived on the scene, the unnamed driver became argumentative with both the police as well as other motorists who had stopped to check out the strange scene. This, of course, is entirely understandable if his story of being pushed off the road by, presumably, a UFO is to be believed. While one might think that the man's ET tale is an indication that he may have possibly been impaired, that would appear not to be the case as he was not taken into custody nor cited for the accident.