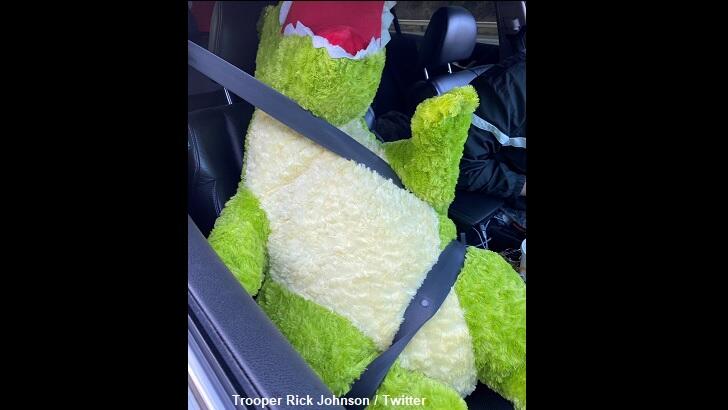 Cops in Washington state caught a motorist driving in a highway carpool lane with a giant stuffed dinosaur riding shotgun. The amusing bust reportedly occurred on Wednesday morning when a state trooper spotted a driver speeding in an HOV lane and promptly stopped the vehicle. It was then that the officer discovered that the car sported a proverbial prehistoric passenger in the form of a large green stuffed dinosaur.

A photo of the faux dino was posted to Twitter by state trooper Rick Johnson, who cautioned drivers that "even if you have a favorite stuffed animal it doesn't count as a passenger for the HOV!" While it's uncertain exactly how much the motorist was fined, they could be facing a whopping bill as a recently-enacted law in Washington state charges drivers an additional $200 penalty if they are caught taking part in such carpool lane hijinks. That said, to their credit, at least the driver made sure that the dinosaur was wearing its seat belt.