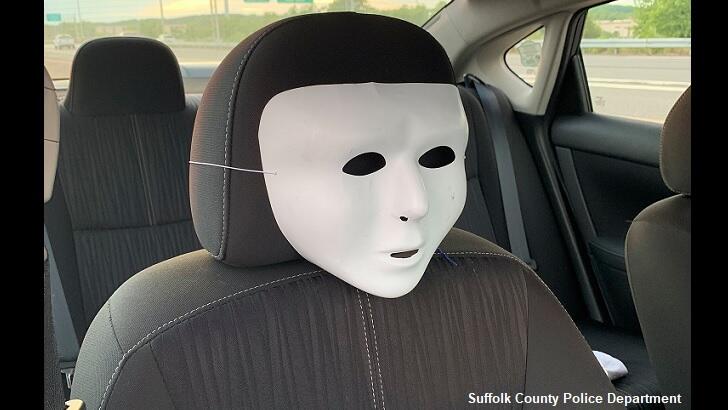 Police in New York busted a motorist who employed a rather low-effort ruse to sneak into the carpool lane by way of a drama mask that was attached to their passenger seat. According to a local media report, the somewhat spooky-looking scam was noticed by patrol officer Jonathan Abrams as he was watching over a stretch of the Long Island Expressway. Suspecting that something was amiss with the passenger of a Nissan sedan that just passed him, the cop pulled the car over to investigate.

Abrams subsequently discovered that the driver, Justin Kunis, had attached a drama mask to the headrest of his passenger seat as a way of sneaking into the carpool lane. The motorist was subsequently issued a ticket for violating HOV occupancy rules. While Kunis deserves some credit for the sheer guile required to drive in the carpool lane with just a mask in the passenger seat, his scheme pales in comparison to similar incidents in the past wherein motorists were caught driving with a skeleton, an eerily realistic mannequin, and a dinosaur riding shotgun.