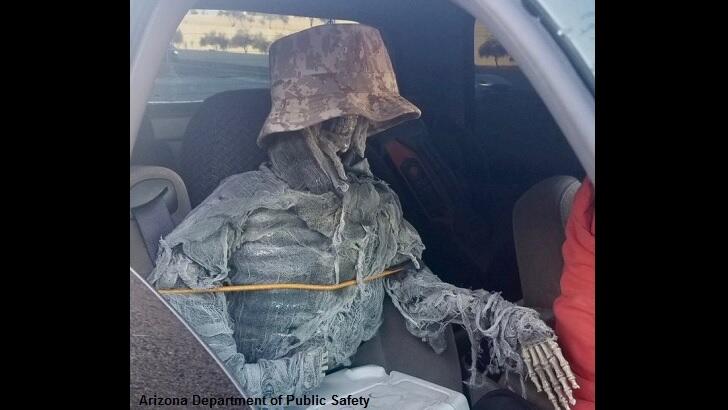 A motorist in Arizona wound up with a whopping traffic ticket when he was busted using a carpool lane with a skeleton as his only passenger. The apparently not-so-clever ruse was reportedly spotted by a state trooper as the man was cruising along the highway in the city of Tempe on Thursday. One imagines that the cop had quite the chuckle when he pulled over the car and got a closer look at who was riding shotgun.

Sitting alongside the man was a skeleton wearing a camouflage bucket hat and covered in a ragged wrapping akin to the Hollywood depiction of a mummy come to life. Unfortunately for the driver, his proverbial co-pilot was not undead and, therefore, his use of the carpool lane was illegal. As such, he was issued a $400 ticket for improper use of an HOV lane as well as another citation for a window tint violation.