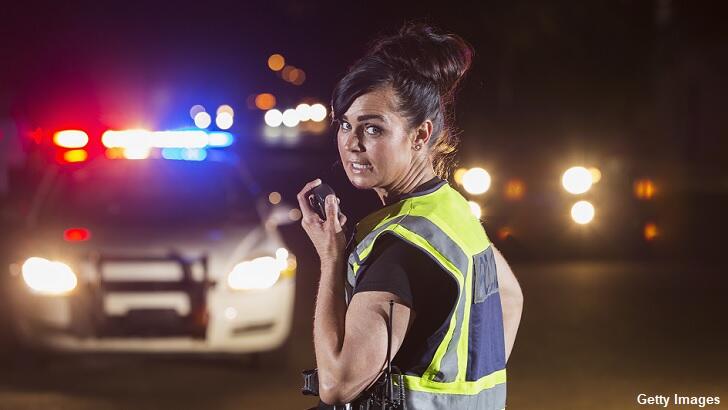 A police officer in Scotland is understandably quite embarrassed after she called her colleagues with concerns about being doggedly pursued by a mysterious drone that was later revealed to just be the planet Jupiter. According to a local media report, the bizarre incident unfolded in Glasgow last Tuesday evening when the rookie officer departed from the station at midnight to begin her rounds. Upon hitting the streets, however, the unnamed officer noticed a bright light in the sky that was seemingly following her squad car and every attempt that she made to ditch the object proved futile.

The situation became so unsettling that the cop eventually phoned a non-emergency hotline to report what she was experiencing and was instructed to go back to her home station where a senior officer would assist her. In a testament to just how seriously she took the odd drone situation, when she pulled into the parking lot of the building, she quickly popped the hood of her car so that she could use it as a shield to hide from the mysterious UAV that would not leave her alone. In retrospect, that protective measure likely made the entire affair all the more mortifying for the young cop as, when she pointed out the drone that had been chasing her, her senior officer explained that the light was, in fact, merely the planet Jupiter.

Indicating that the embarrassing misidentification is the talk of the cop's station, an individual with the police department said that "nobody can quite believe it. She was very alarmed and spooked that she was being followed by a drone. Everyone was quite concerned so you can imagine the red face and embarrassment felt when it was pointed out that the bright light following her was a planet millions of miles away." While the officer is fortunate that her name was not revealed to the public, that certainly won't spare her any ribbing from her amused colleagues as the person with the police department mused that "this is going to haunt her for years."