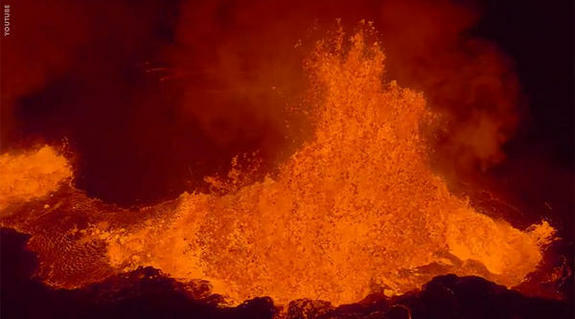 Iceland's Bardarbunga volcano has been continuously spewing lava since it began erupting in August, and a film director and photographer have managed to capture the fiery display thanks to a drone fitted with a GoPro action camera. Eric Cheng and Ragnar Th. Sigurdsson donned gas masks and hiking boots, established a location where it was safe to stand, and piloted the drone into the blistering action. Excessive heat melted the camera but the memory card survived and the high-definition footage was also recorded wirelessly. Check out the video here.