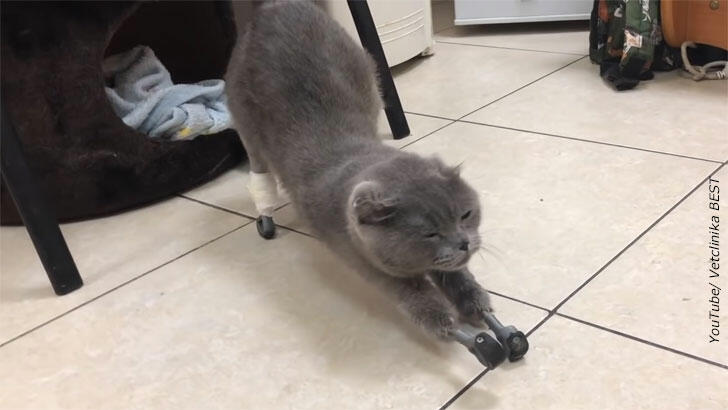 Dymka the Cat Gets Prosthetic Feet

A gray feline named Dymka was found in the Siberian snow in 2018-- the frostbite to her paws was so severe that they had to be amputated. But eventually, veterinarian Sergei Gorshkov teamed up with researchers from Tomsk Polytechnic University and an ingenious set of prosthetics was created for her-- titanium implants that were fused into her leg bones.

The metal implants, created through 3D printing, have textured bottoms on the feet, and as can be seen in the recently released video, have given her a wide range of motion. More at LiveScience.