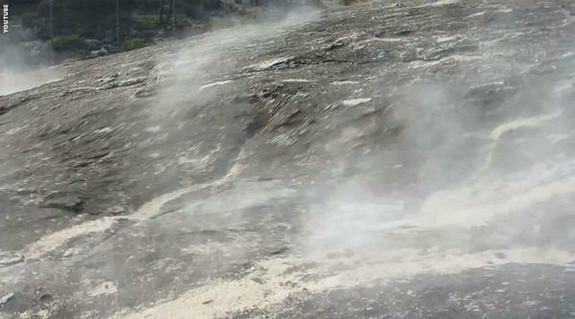 Most geologic processes happen so slowly it's hard to notice. However, last month YouTube user dotysan was at the right place and right time to capture the spectacular moment rock began exploding under his feet. Known as "exfoliation," it is a process by which the earth sheds its outer rock layer. In the video, loud popping sounds can be heard as a gigantic slab of granite begins visibly fracturing until if finally shatters sending bits of rock into the air. Check out the video here.