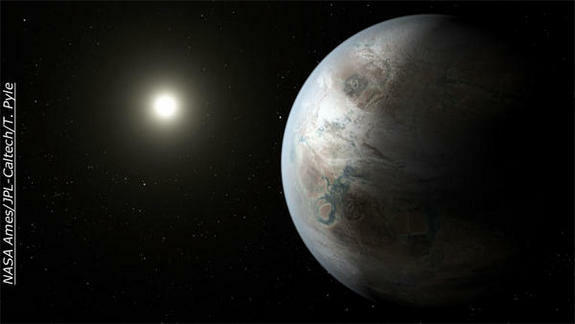 NASA's Kepler telescope has discovered an exoplanet that is being called a "close cousin" to the Earth. Called Kepler-452b, the world is just slightly bigger than our own, and it orbits its sun at a similar distance to ours. Located 1,400 light-years away, "this is the first possibly rocky, habitable planet around a solar-type star," Jeff Coughlin, Kepler research scientist, announced at a news briefing today. More on the discovery at Space.com and NASA.