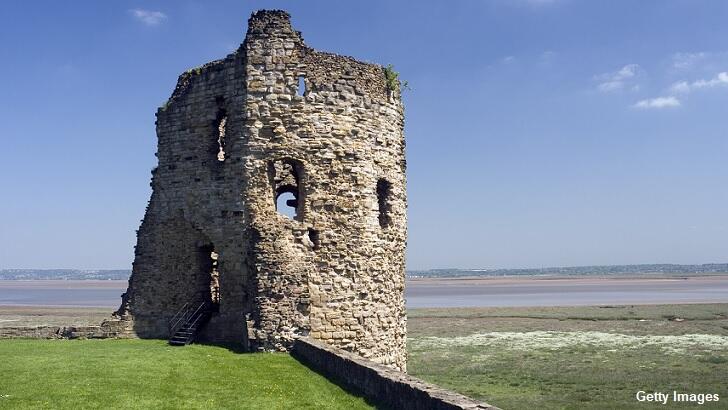 Eerie Figure Photographed on the Grounds of Historic Castle in Wales

A man visiting a thirteenth-century castle in Wales snapped a photo of the site which appears to show an eerie figure lurking on the grounds and some suspect that the strange anomaly could be a ghost. The spooky image, which can be seen below, was reportedly taken by an unnamed dad as he and his son were exploring the country's historic Flint Castle. As is so often the case with such pictures, it was only after they had returned home from their excursion that the man set about looking at his photos from the trip and was astounded by what seems to be a person outside the castle which he insists could not have been possible as he and his son were the only people there at the time.

Understandably curious about what he might have captured on film, the bewildered man enlisted local paranormal researcher Lynn Murphy to examine the image. "I believe it is an apparition," she concluded, theorizing that the figure is that of a woman holding a book. Her analysis of the picture was echoed by fellow investigator of high strangeness Russ Kellett, who declared that "it is one of the best photos of its kind that I have seen, and I have seen a lot." Murphy hopes to conduct an on-site investigation of the castle grounds soon in order to see if there may be some explanation for what the man photographed. What's your take on the weird picture? Does it show a spirit or is it simply a trick of light and shadow? Share your thoughts at the C2C Facebook page.