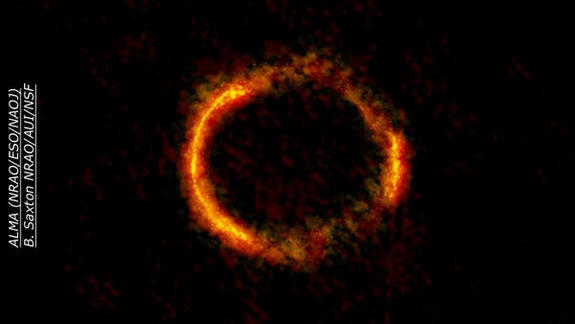 The ALMA telescope in Chile has captured an example of what is called an Einstein ring. The ring is related to the alignment of two distant galaxies, and a phenomenon called gravitational lensing, in which a massive galaxy bends the light through that is emitted from an even more distant galaxy. More, including an animation, here.