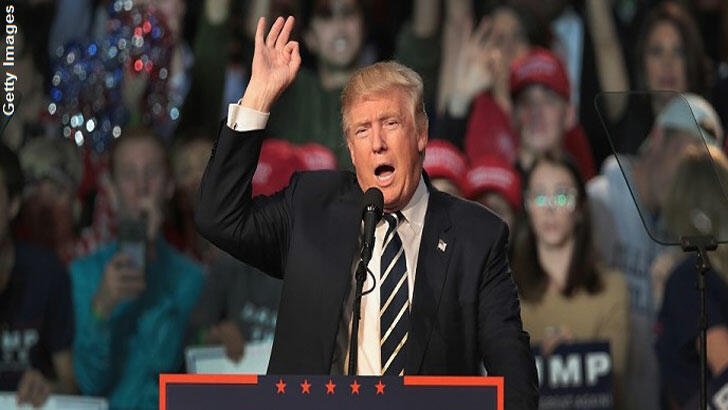 Trump bested Clinton 279 to 218 in the Electoral College count, shocking political pundits who had discounted his candidacy since he first announced his run in the summer of 2015.

After dispensing 16 challengers in the GOP primary, Trump went on to battle Clinton in a highly contentious general election that was rife with controversies surrounding both candidates.

With the grueling campaign now having reached its conclusion, there is hope that the country and come together behind President-elect Trump although, with the nation more divided than ever, that may be wishful thinking.

For paranormal enthusiasts, Clinton's defeat stands as a resounding blow for potential UFO disclosure as the candidate had promised to look into government files regarding the phenomenon as well as the notorious military base Area 51.
Despite numerous media outlets discussing Clinton's UFO advocacy, the Trump campaign never issued any statements regarding the phenomenon, suggesting that his administration is unlikely to address the issue.

However, Trump's victory could be a boon for conspiracy theorists as the real estate mogul often cited the research of frequent C2C guest Alex Jones and others who suspect nefarious plots being orchestrated by the world elite.

Whether the newly-elected Trump opts to use his Presidential powers to upend these perceived conspiracies remains to be seen, but it's safe to say that, with his win on Tuesday, the reality show host-turned-politician has no doubt rattled the 'powers that be' in Washington D.C.